How to measure an ecosystem’s resilience?

If you take a walk in a forest, you observe many details of that landscape: it might feature a wide variety of green colors, it might be home to many different species of trees, flowers, shrubs, moss – if you bend over, you can touch the soil and feel if it’s compact or spongy and wet. By visiting a forest only one time, you won’t aren’t be able to observe how the forest changes over time. What happens to that forest if there is a wildfire? What happens if its major water spring dries up? What happens if an invasive species starts to take over the forest?

Scientists at Crowther Lab are working to understand how ecosystems, like forests, change through time; especially how they change in response to particular disturbances. In light of climate change and biodiversity loss, this is particularly critical. Understanding ecosystem resilience is key to creating the scientific foundation for the protection and restoration of nature.

What is resiliency? From physics to ecology

The concept of resilience comes from studying how ecosystems change through time. Resilience is a complex concept which has impacts on many different topics and research areas – including in ecology. You might be surprised to learn that this concept originates from material physics – how raw material can be disturbed and still recover its original properties. Ecologists applied that same concept to the study of ecology.

The same principle applies to ecosystems: although ecosystems are much more complex because there are many different attributes to examine. Ecological attributes, also referred to as ecological characteristics, are features of a taxon such as its geographical distribution, climate tolerance, habitat types, soil carbon, water cycle, and so on. To understand an ecosystem, scientists first have to have a clear understanding of its attributes. What we study at Crowther Lab in particular is plants: it’s possible to use data that shows how green an ecosystem is from space! This proxies plant photosynthesis, plant cover – and how green a place is in particular. It’s this feature – greenness – that allows us to measure resilience.

How much time does an ecosystem take to recover from a disturbance?

So how do we measure the resilience of an ecosystem? Scientists measure this through time! But first, scientists have to define a stable state of an ecosystem as a benchmark. What is a stable state? This is the state to which the ecosystem will return when the system fluctuates naturally or because there is a disturbance. Scientists then measure how much time it takes to recover to that original stable state. This time of recovery depends on many things, for example, drylands and deserts are particularly slow at recovery; but more biodiverse ecosystems tend to recover faster than less diverse ecosystems. This concept is termed “the basin of attraction”.

What are alternative stable states in ecology?

These states are separated by an unstable equilibrium that marks the border between the ‘basins of attraction’ of the states. This pattern, in which the forward and backward switches occur at different critical conditions, is known as hysteresis. 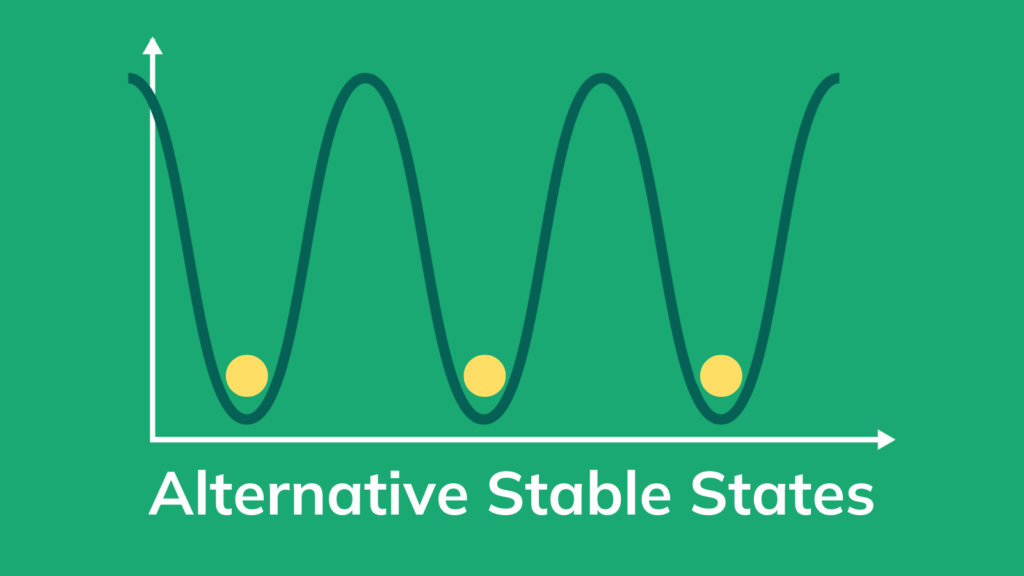 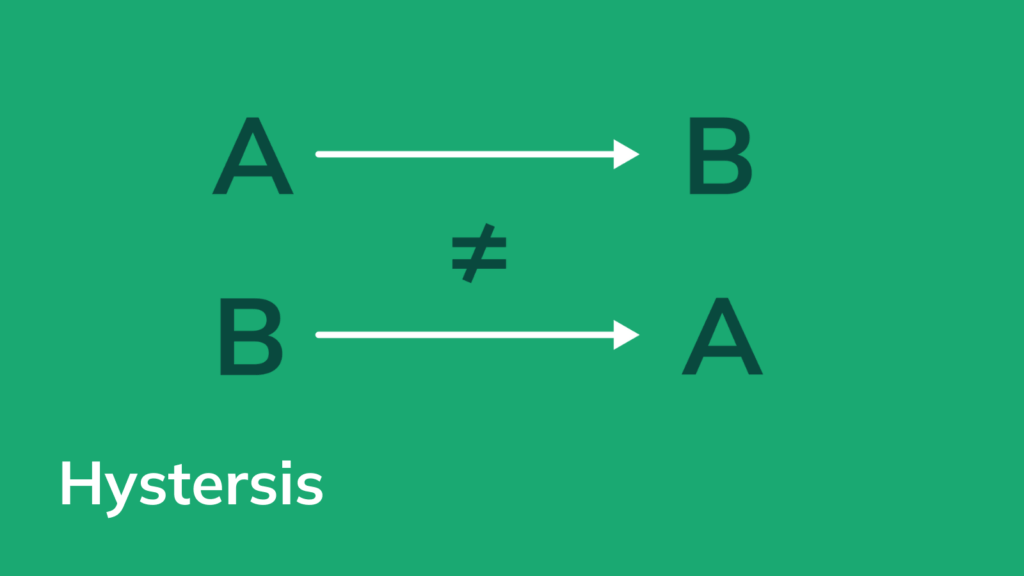 What is a catastrophic shift in nature?

When an ecosystem has alternative stable states, it may shift or tip between those states. This transformation between alternative states is known as catastrophic shift or critical shift. This is a very important process because of several reasons.

The transformation is usually drastic, meaning that the alternative states are fundamentally different states. Think for example, about a forest shifting into a grassland.This type of transformation may force the people living there to accommodate drastically to a new way of life. These shifts usually occur very abruptly with almost no time to adapt and because of hysteresis, transforming the ecosystem back to the previous state may be very complicated (or virtually impossible). This recovery to the original state does not usually occur spontaneously when the disturbance that caused the first transformation stops.

This happens in nature more often than one might expect. Take for example, the acidification of coral reefs or desertification of drylands. Many attributes can be affected by this catastrophic shift – but it is almost impossible for that ecosystem to recover its original properties.

The existence of catastrophic shifts has two major consequences for resiliency. When we define resilience as the time that it takes an ecosystem to get back to a “stable state”, we anticipate that ecosystems will recover from disturbances. Because of catastrophic shifts, the time it can take an ecosystem to recover is – forever. This is especially the case if the ecosystem crosses into a different alternative state.

In fact – resilience is so important for the health of ecosystems that scientists have redefined this term. Now, we understand it as the ability of an ecosystem to absorb disturbances without changing its state. This was done to explicitly put the concept of states in the definition of resilience; this is how important the relationship between resilience and catastrophic shifts is!

What are the impacts of resiliency for restoration efforts?

Understanding ecosystem resilience helps scientists to understand the larger environmental context. If the critical work to restore nature does not consider the larger environmental context and stable ecosystem attributes, then they are unlikely to be successful. Understanding global ecosystems’ resiliency is critical for restoration efforts or conservation measures to be successful in the long-term. 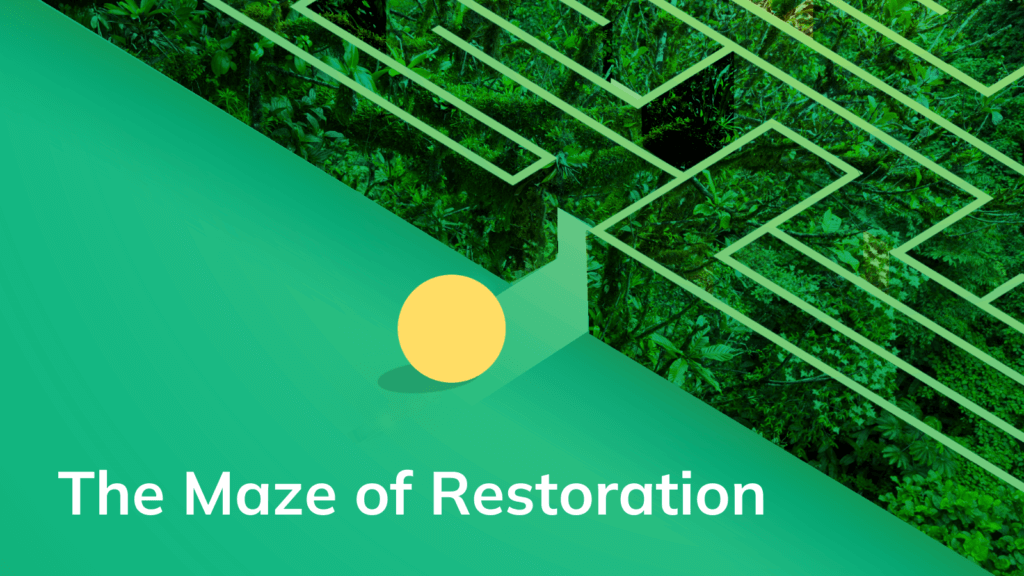